Get It Right! For Life.

Life Coaching, Life Tips and Motivation for the Young! + Poetry

Upon entering the hostel as I came from my optional study, I was received by unhappy faces. Well, some were laughing, some had tears in their eyes and some seemed not to be shaken but the visible truth was that no one was happy. No one was truly amused by the news. Yes, the rumors had struck the yard the previous night that they had performed dismally and they had lost the war. The truth is whenever cadres go for war we lay our hope and trust in some soldiers. The ones we believe they will come back clean and unscratched regardless of how tough the enemy is and how bad things can go, you know, Kingsmen! Indeed the head and a few others had made it through, thumbs up.

The problem was that we had put this soldier on the wrong squad. He left everyone shocked, damn it was sad. Rodney had fallen. It was not a good day we had lost a soldier. After attaining straight distinctions when he sat for his ordinary level exams everyone now had faith in his academic aggression. He got himself a post on the prestigious prefecture board and various other posts in the clubs he was active in. Those who have been to single sex schools know that the above mentioned achievements do not come alone. They attract the other sex and decorate your high school life. Rodney switched up, tried to balance and serve two masters. On the day of revelation Rodney left the school astonished and aghast, he had managed to attain six plus or minus one points. Yes, from the many ordinary level passes. He fed his predecessors with fear and doubt. We had lost a warrior.

Reasons why Rodney fell were never known but as you know if you do not provide reasons, the streets will always try to make something up. The streets believed that Rodney had fallen prey to the warmth of high school fame and a good academic transcript. Eventually, Rodney succumbed to the illusion and deceit. The soldier fell.

As men and women on a journey, it is important to take with us the mindset of a soldier in a battle, fighting to recover a lost fortress. As dream chasers, we should never allow ourselves to be fooled by our past glories. Yes, they come to make us smile and feel good about ourselves but we should let the story end there. We should know when to finish celebrating and get back on the road, with more aggression and energy. Focus on the goal and never get tired.

You should know that your past successes only tell the stories of what you used to be good at and nothing about your current abilities. Getting straight passes in your previous exams is not a guarantee that you will pass the upcoming ones. If you want to pass again you have to work again, harder this time. Being the top goal scorer in the previous matches does not guarantee you of success in the upcoming matches. If you want the golden boot, I am sorry but you will have to work again, harder this time. The sad truth about our achievements as humans is that they bring finite glory. Those who fail to realize this early are more likely to be victimized by their successes. You simply need to know when to end your celebration, what follows might be toxic and discretion is always advised. Yes, you achieved, it is fine, you are happy, I am happy for you and we are all proud of you, it feels good we know but when the time to move on comes, we should get moving. Lest we get deceived, such events are just checkpoints not the finishing line. As fighters, we should keep our eyes on the bigger picture, the dream. Sleeping is for a lazy man, men on a mission just rest.

Success is too sweet that in most cases we tend to forget how hard we worked for it to come by. Never give up on your dream. Do not stop until you arrive to your destination. If it felt good the first time you thought of it, it shall make you feel better when you get it. Stay on your toes and on top of your game, always. You are the writer of your success story! Stay working, stay successful. #SpreadTheLove❤ 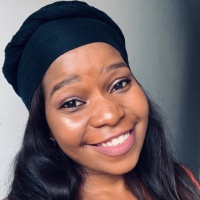 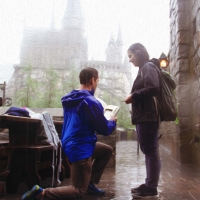 In a world that's constantly trying to push you into losing yourself. Remain true to your authentic self.

Creating a life of kindness

John 8 vs 12, "Again Jesus spoke to them, saying, “I am the light of the world. Whoever follows me will not walk in darkness, but will have the light of life.”